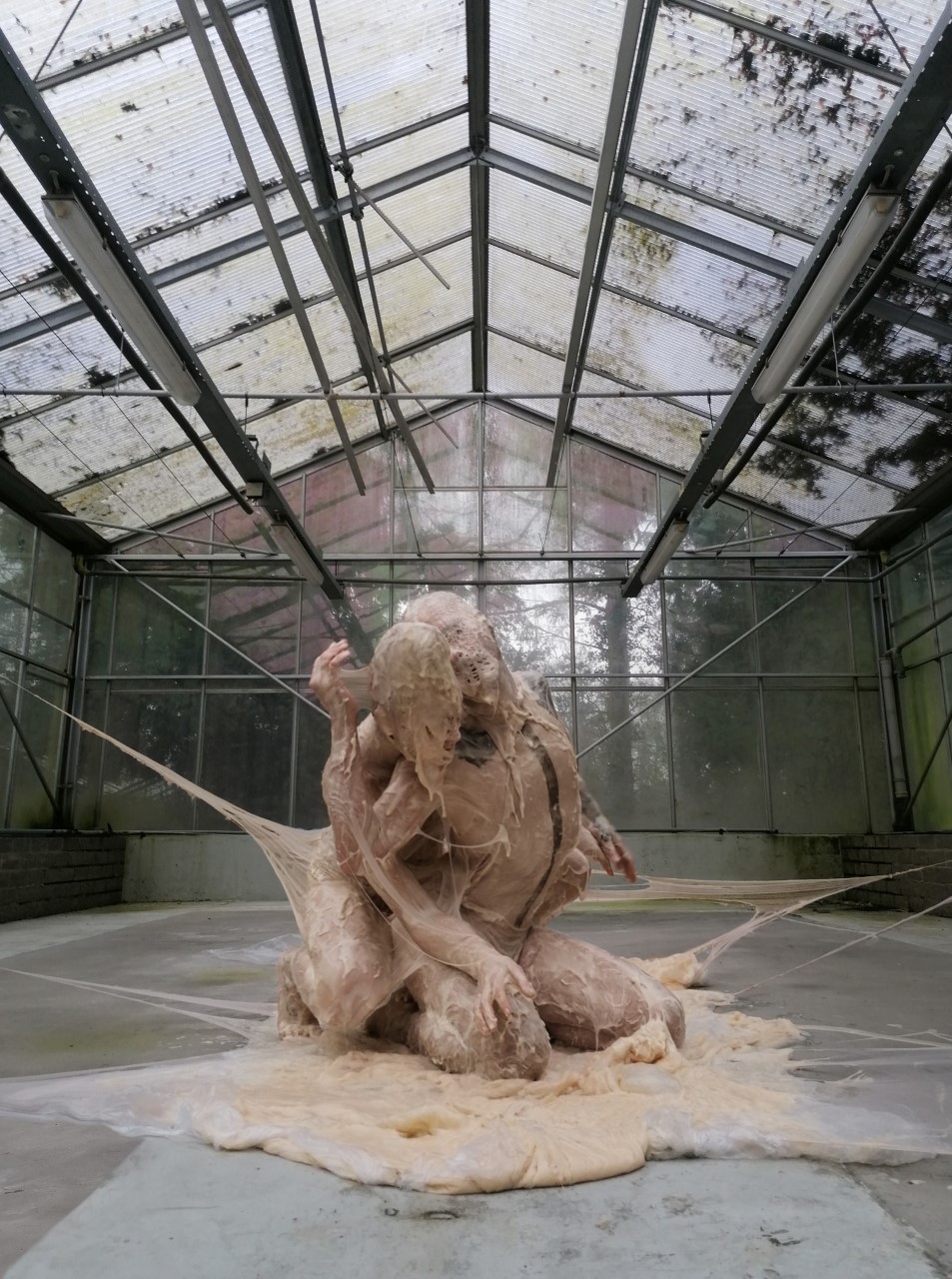 SYMBIOTIC CELL DIVISION – A performance about growth in which the performers take the spectator along in the process of a cell division. A biology class translated into visual art, sculptures, performance and installation. An interaction between material and body, movement and space, luridness and tenderness. 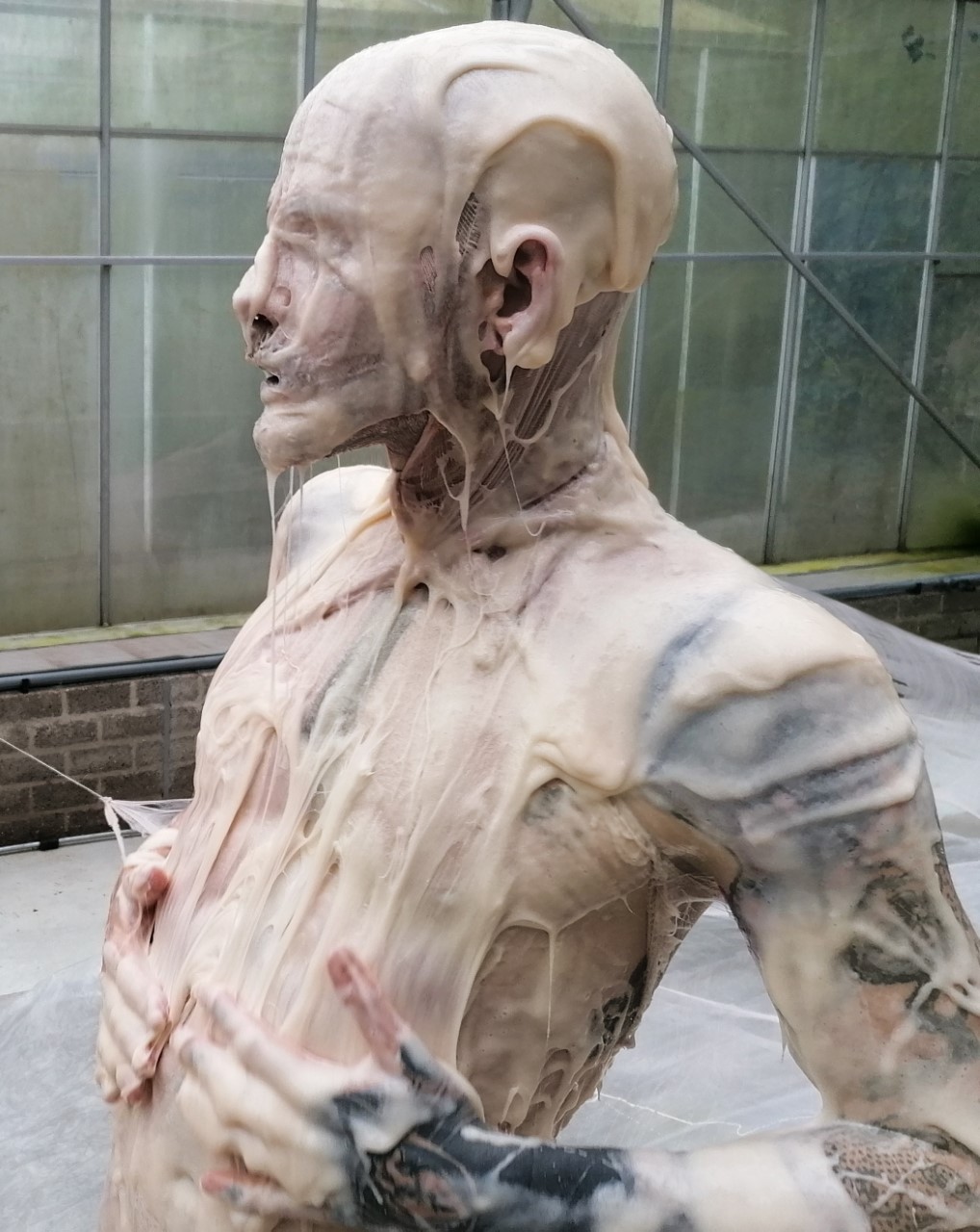 SYMBIOTIC CELL DIVISION – Is an interactive performance of six separate moments / images that flow into each other. We create an open space consisting of a nervous system made of different materials. The performance interacts with the spectator and the environment. We give the audience the freedom to move freely around the performance. And we let the spectator decide for themselves when to come and watch, to stay or to leave. This interaction and the tension it creates, reinforces our goal for the audience:

THE SPECTATOR
We want to make the spectator feel partly at home, but in an uncomfortable way. We let them recognize human things, like for example; hands, feet, fragments of human sounds – and at the same time we create an unearthly atmosphere through the images, the movements, the sounds and the material.

We hope to take them for a moment into another world, a strange world, a dream world, a world where beauty / aesthetics and rawness / unsavory images reinforce each other.A kind of mini cocoon of the festival in which they withdraw from the noise for a while. We lure them in and try to persuade them to stay. Eventually as soon as they get home and think… if only I was still there, I want more.

”There is a drop of water and a crunch, like an egg cracking open or walking on delicate ice. Between the trees, between threads of dust and slime, a light appears that slowly brightens. You are drawn to go there, curious, perhaps at the same time a little cautious. The image evokes something strange, something unknown, something unearthly, which may make you hesitate for a moment.

In the middle, you see a kind of nervous system, of hair fine web, dripping threads, gaping holes, spider web of physical spheres.

Movement arises, a slightly growing, expanding organism seems to come to life. The object, the shape, the blob, is one, a symbiosis. Gradually the symbiosis turns into a process of cell division, from which two new beings are born.” 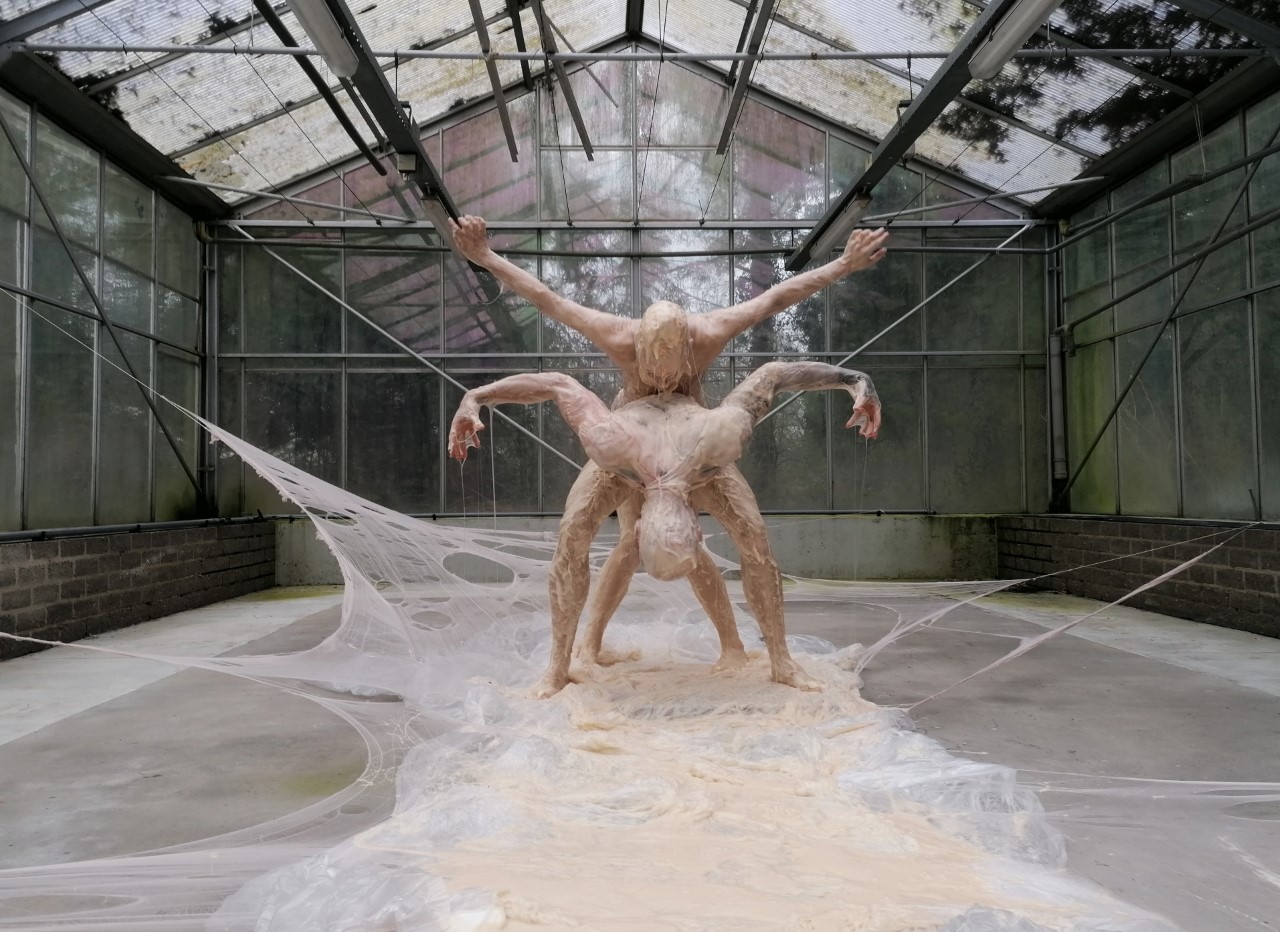 This performance will premiere in 2021 this summer, more information coming up soon.